Gender pay gap- What are we waiting for? Are you prepared? 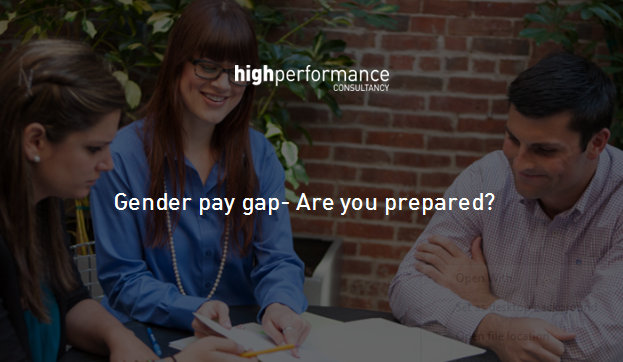 The Chartered Management Institute survey based on 43,000 workers shows, “Male managers’ earnings across all levels are rising faster than women’s for the first time in five years.” Yes, you read that correctly. In our apparent “21st, modernised and equal” century, gender inequality is still happening. We’re going backwards.

Facts that came to the forefront of the Gender Pay Gap where startling and showed that women’s stance within the workplace needed to be firmer and more prominent, creating a culture where all could thrive. Some results showed that “women are too afraid to ask for pay rises” whilst others criticised “male dominated workforces.” These results certainly show no progress on creating a workplace where women can be considered as equal candidates for the most senior of roles. So what is happening?

Results have also shown that men are more likely than women to get bonuses which have been revealed to be as twice as much as their female counterparts. Women are being offered incentives such as maternity schemes and mentoring programs which creates a further divide in the use of “bonuses” and is becoming an extremely pre modernised approach; even though equal pay legislation has been around for the last 40 years.

In recent months, Gender Equality in the workplace has taken a stand and Government have finally put motions in place to make progress in banishing Gender Inequality once and for all. The Regulations will require employers with more than 250 employees to collect their gender pay gap data as at 30 April 2017 and then to publish it within the following 12 months (and on an annual basis going forward). In today’s day and age, this is music to the ears of many women and dud notes to those employers who have not yet began to think about this imminent effect.

The regulations require employers to publish:

Employers will not need to provide evidence of job roles or full-time or part-time employees but will need to ensure that the mandatory information is represented. It is important that employees understand these changes and are assured their identities remain hidden and no breach of contract is displayed.

It is important for businesses across the globe to wake up and work towards an equal and collated workforce, where both men and women can work together and not against each other, building the foundations and status for future generations to come.

For further advice on this blog, please get in contact with help@highperformanceconsultancy.com