Whose fault is it? – By Eluned Ward 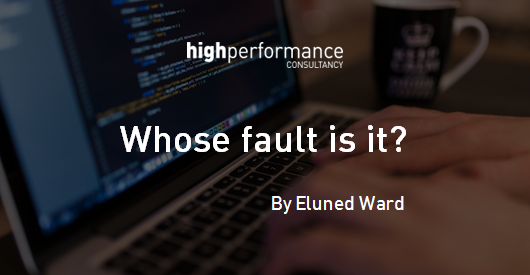 Whose fault is it?

Vicarious liability is the concept that a third party can be responsible for the torts (i.e. a civil wrong or wrongful act, whether intentional or accidental, from which injury occurs to another) carried out by someone they have ‘control’ over. Which on the face of it, an employer has ‘control’ over an employee and therefore can be at risk of being held liable.  In the past companies could rely on that if an employee did something that was so clearly out of the remit of their role or the instructions the company would not be held vicariously liable for the actions of the employee, which was found to be the case Graham v Commercial Bodyworks Limited were an employee poured paint thinner on a colleague and set him alight as a joke.

However the Supreme Court has turned this view on its head in the case of Mohamud v WM Morrison Supermarkets plc.

The facts of the case were:

Although Morrison argued that he was not following the instructions from the company and Mr Kahn’s supervisor had told him to stop, the Supreme Court considered the employee’s role, the nature of his job and whether there was sufficient connection between the role and the nature of his job for the employer to be responsible.  The court found that the very nature of Mr Khan’s job was to interact with the customer and respond to their enquiries.  The court found that Mr Khan had not “metaphorically taken off his uniform”  when he attacked Mr Mohamud and they considered it “a seemless episode” from the start of the incident.  It also took into account that Mr Kahn told him to stay away from the premises which could be seen  as acting on behalf of the Company.  The Supreme Court considered not only what was fair for the employer but also was redress the injured party (Mr Mohamud) could get.

What does this mean for employers?

The outcome of the case was based on the ‘close connection’ test i.e. the connection between the employee’s action and the employer and even though Lord Toulson acknowledged that the conduct of Mr Khan was not to benefit his employer, it was neither here nor there.    Therefore there is a risk that companies could be held liable for a person’s redress because of the actions of an employee regardless of whether it was out of their remit or clearly not on the instructions of the employer.

One of the ways companies can minimise the risk of being held vicarious liable for their employees action is to ensure they are clear to their employees the standards of conduct they expect within the workplace, particularly in the customer facing roles.  This could include implementing comprehensive training programmes for employees not just on customer service but conduct and managing behaviour.  For more ways, please contact one of our employee relations experts