Our Managing Director Victoria Brown gives her thoughts on the recent ruling regarding tribunal fees.

Fees for those bringing employment tribunal claims have been ruled unlawful by the Supreme Court this week.  It is estimated the government will have to pay up to £32 million to claimants that have paid the tribunal fees introduced in 2013.

The trade union, Unison, have argued that the fees prevented workers access to justice and allowed poorly behaved Employers the ability to further abuse their position.  Whilst I do agree that there are some rogue Employers in the UK,  I am not convinced that an abolition of tribunal fees immediately is the answer.

The government introduced the fees ranging from £390 up to £1200 to reduce the number of malicious and weak cases.  I accept that the 70% reduction in claims over the last 3 years cannot possibly be all vexatious claims, and there must be genuine employees that have walked away from an injustice.  However, from my personal experience of running a successful HR outsourced service for the last 10 years, I have witnessed the ridiculous games played by the ‘ambulance chasers’ of the Employment law field.

So many times the game has been played…. the employee is terminated from a business and they see an advert on the TV or in the paper.  If they are not asking you if you have been ill on holiday or had an accident in a car… they are asking you if you have been dismissed recently from your place of work. There is little risk to the lawyer or claimant.  They submit an Employment Tribunal claim ( no fees to be paid) and the claim is weak, poorly constructed…. but who cares?

I then get a call from my client. A claim has landed and although they strongly refute the allegations,  what do they do?  It costs approximately £9k for an Employer to defend a tribunal case.  That is not an ET award, that is simply the costs to the business to put together the case and defend.  Surprise, surprise we then have an offer to settle on the table by the claimant’s solicitor for £3k.  Most of my clients are very commercially minded (hence their success),  so will just settle to put the matter to bed.  Where is the justice for the Employer?  Who is going to protect them from the chancers and the ambulance chasers?

I am not suggesting that Employment tribunal fees are necessarily the best way to resolve these issues-  it has always felt like the Government were trying to put a plaster over the problem, a common theme of late. The government needs to find a way to resource the Employment tribunal system in a more robust way.  There should be some very clear criteria in place for a claim to be approved for submission.  I could write a book on some of the ridiculous claim submissions I have read, and shockingly they have been approved and sent across to ACAS.  In my opinion,  the resource is proportioned to the wrong part of the process,  it needs to be at the very beginning to eradicate this nonsense.

The ambulance chasers will be around the board room this week preparing their next TV ad. I on the other hand will be providing my clients with advice to ensure they handle disputes in the future with further caution. 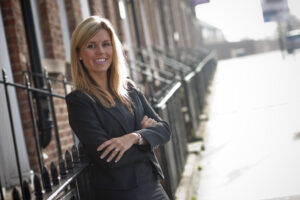