Guest Blog | How to support employee wellbeing (without telling them). 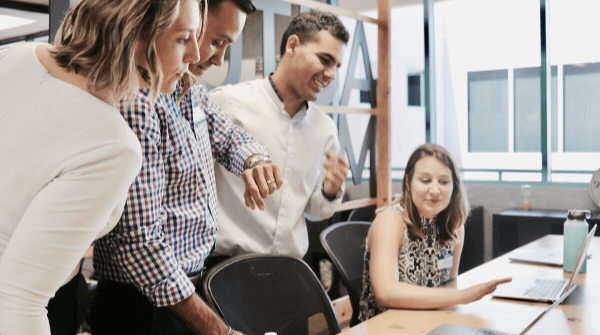 How to support employee wellbeing (without telling them)

In December 2009, Dr Anne Thornpike and her team of colleagues had an idea to improve the staff of Massachusetts General Hospital in Boston. She believed she could improve the eating and drinking habits of thousands of the hospital staff without telling them…

What did they do? They put on their designer caps. You see what most don’t realise, is that most eating and drinking decisions are done mindlessly – meaning we consume most of our food and drink not because of what they are but because where they are.

Taking all this into account, Thornpike and her team started rearranging the cafeteria environment making the following changes to start:

• First, they started by changing how drinks were positioned, Originally, the refrigerators located next to the cash tills in the cafeteria and were filled with only fizzy pop.
• Secondly, the designers added water as an option in each row.
• Lastly, baskets of bottled water were placed next to the food stations throughout the room. Soda was still in the primary refrigerators, but water was now available at all drink locations.

The image below shows what the room looked like before the environment was redesigned, (Figure A) and after the changes (Figure B). The dark boxes indicate areas where bottled water was positioned. 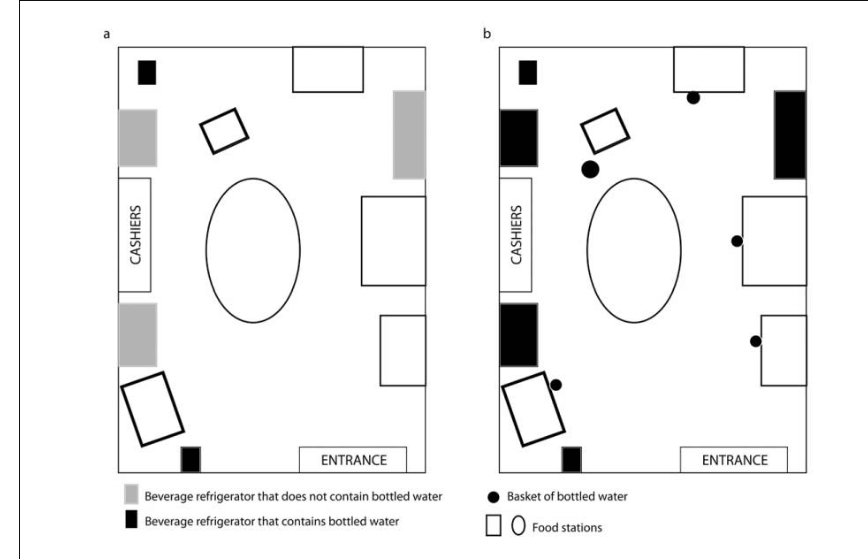 What happened? After three months, the number of fizzy drinks dropped at the hospital by 11.4 percent. Meanwhile, sales of bottled water increased by 25.8 percent. Remember, nobody said a word about what was going on, people just followed on mindlessly making improved decisions for their health. Their environment was simply shaping the path. Similar results were seen with a simple traffic system on food in the same hospital years later from 2016 – 2018, 602 Massachusetts Hospital employees who regularly used the hospital’s cafeterias took part in the hospital’s “Choose Well, Eat Well” program. 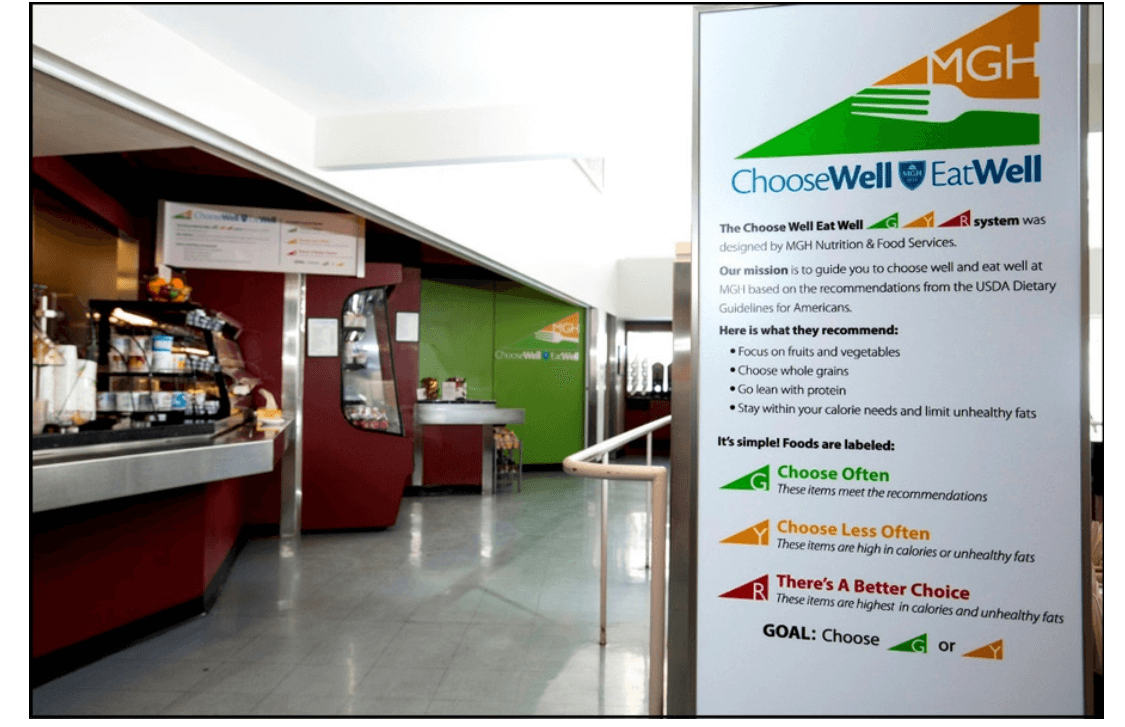 Foods and drinks in the hospital canteen were given “traffic light” labels to indicate their nutrition value: green is healthy, yellow was less healthy, and red was unhealthy.

Just like the water design study above, Food items were also rearranged to put healthier choices in the direct line of sight, while unhealthy foods were made less visible to reduce impulse purchases, (out of sight out of mind).

The results showed that employees with the lowest HPS (least healthy purchases) had the lowest overall dietary quality and the highest risk for obesity, diabetes, and high blood pressure. Healthier purchases were associated with higher dietary quality and lower prevalence of obesity, hypertension, and pre-diabetes/diabetes.
What does all this tell us?

You can absolutely design a better environment for your employees by strategically making healthier options more visual in the workplace as well as gently reminding them of what those healthier choices are.

Bottom line is workplace environmental design is a powerful tool that is underutilised in most workplaces. We live in a world where we can easily be roped into unhealthy behaviours because of the environmental design. Be your own architect and build a better one for you and your employees.

Would love to know if you took away something from this article? can you let me know in the comments?

Declan is a workplace wellbeing designer, weight management consultant and researcher. He works in wellbeing consultancy for organisations including Medicash and Health at Work designing wellness solutions for people and businesses.