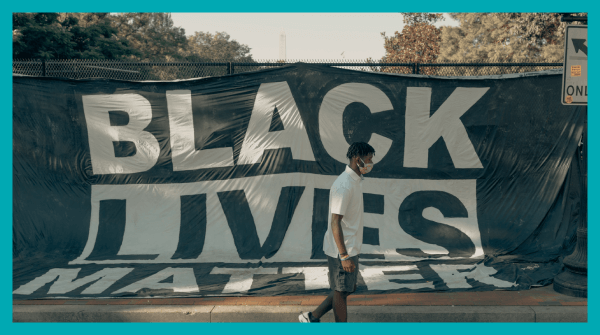 Black Lives Matter – Now Is The Time To Make A Change.

On the 25th of May, there was another case of police brutality toward an African American man, George Floyd. He was killed by police officers in Minneapolis due to their suspicions that he used a counterfeit $20 bill in a convenience store. There have been a growing number of examples of police brutality across the world in recent times, with many being captured on camera. Breonna Taylor, Stephon Clark and Philando Castile to name a further few.

Whilst this is just one example, of one form of racism, toward one minority group. This is a part of a much bigger problem we face as a society. The main forms of racism that occur along with physical abuse are oppression and systematic racism. Unfortunately, these examples are part of the daily challenges ethnic minority groups face in both workplaces and everyday life, and now is the time to make a change.

The figures show that black workers with degrees earn 23.1 percent less than white workers, as well as unemployment rates being significantly higher for ethnic minorities at 12.9 per cent compared with 6.3 per cent for white people. There is an evident issue within our system and unfair opportunities for ethnic minorities. In the UK public and private sector black people hold just 1.5% of leadership roles, it is clear that urgent change is needed in hiring processes as well as opportunities for ethnic minorities. There is continued ignorance surrounding the topic of racism, it is as though it is seen as a myth that the UK is guilty of racism, when really it is a huge issue and systematic racism is very prominent within our society.

Unconscious bias is a problem which ethnic minority groups face. This is making assumptions based on their appearance, their features, not giving equal opportunities as the ones given to the majority. It is the minority having to work twice as hard as the majority to get half the reward the majority would get. These are all unfortunate realities that are society is unconscious to.

If you would like to keep up to date on the changes highlighted in this article as well as any other HR and employment law updates,

One of the challenges which black people often face in the workplace could be having their hair touched because it’s curlier or wavier than the majority or they have chosen to have a weave or wear a wig. This can make them feel uncomfortable in their own skin. Asking to touch ones hair is demeaning and causes unnecessary anxiety for black people. Another common issue for black people in work is that people are surprised that you are “smart” or that you have managed to achieve so much despite your colour.  Having these kinds of educational conversations can build better relationships in the workplace. Encouraging people within the business to join in the conversations and encourage them to become supporters or allies of the Black Lives Matter movement and create unity amongst their peers, giving them a better understanding of what they say and their ignorance.

As an organisation, if you state that you believe in diversity and the inclusion of all races, you must let your actions mirror these beliefs. Review current policies to ensure that all staff feel safe, they have the right to work without abuse, discrimination or harassment. The second stage would be promoting a zero-tolerance towards any racism or discrimination in the workplace and training staff so that they are aware of situations and how to address them. One of the final stages would be to support affected staff and review procedures, ensuring that people feel as though they can approach the situation. Making strides, like the ones listed above can help show that you care for your employees and give them trust in you as their employers that they do get a fair opportunity and feel safe in their place of work.

Following the death of George Floyd, this strong Black Lives Matter movement has reminded people that even in 2020, this world we live in is far from perfect. Despite the thoughts of many being, that “we are a less racist society than we were in the last century”. People forget that a less racist society is still racist and the other forms such as systematic and oppression. We all have a part to play and now is the time to make a change!

This article was written by Mia Jones from the HPC HR team.

If you would like more information on how to combat discriminator and racism in the workplace, please contact us using our socials below.