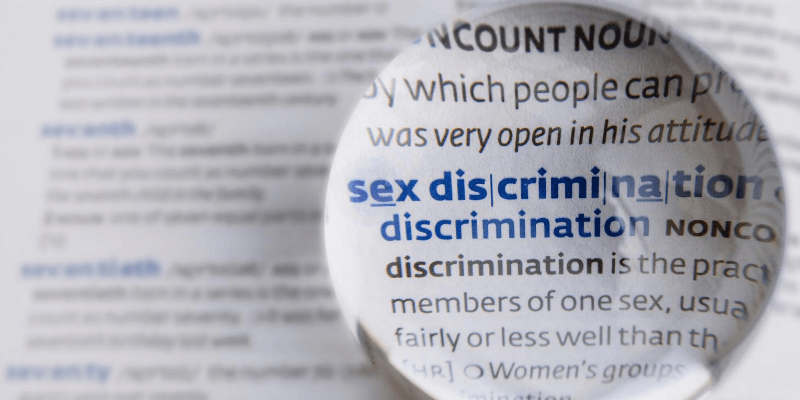 Sex discrimination has continued to be an issue within society and this systematic sex discrimination often has a direct effect on those at work. There are often situations where sex discrimination may not necessarily be deliberate, but this discrimination still needs to be addressed. If you know of any issues within your work place we do urge you to approach and speak to HR as they can offer further advice and support.

It is often found that some employers have outdated perceptions in regard to which work may be suitable for a man or woman, they may believe that one gender is not appropriate for the specific role. Another major issue which frequently arises, is when the employer is deliberately being ignorant to the sexual harassment going on in their workplace and does not address the issues within their company.

Even though we are in the year 2020, women are still being treated unfairly at work, unequal pay is often still an issue in some industries and workplaces. Another issue is how women are spoken to and treated in the workplace, so many women are left feeling as though they get treated differently due to their gender.

Women in work tend to fall into the category of the ‘caregiver’, intentional or not, people assume that women are naturally caring, therefore, they end up with roles such as being in charge of the celebrations in the company. Examples of which could be organising the Christmas party or organising staff birthday presents. In addition to this, another gender stereotype of women is that they are perceived to be good multi-taskers, this may be a compliment however this may not apply to all women. Women should not have to fit into this pre-packaged and premade stereotype of what they should be like, some may be good at multitasking and others may not. The issue of assuming that women are good at multitasking in work can also lead to the issue of being overworked and working above your job title all because your employer believes that as a woman you should be able to deal with multitasking.

A prime example of women being undermined in work may be that when they are raising a point in a meeting they may get cut off or not taken seriously. Direct discrimination such as this needs to be addressed, it is unprofessional and illegal for people to be treated differently because of their sex.

Women in leadership roles often get referred to as ‘bossy’ or even ‘emotional’ – this use of gender language is also a form of discrimination and undermining behaviour. If a male in a leadership role was being described as passionate the female’s description may be emotional.

Regardless of gender, we all need to be treated equally and with respect. There is still a long way to go until we fully achieve equality within the workplace, but every step counts towards the end goal of equality.

If you would like to discuss and implement an effective diversity strategy within your business, please get in contact with the HPC team today.