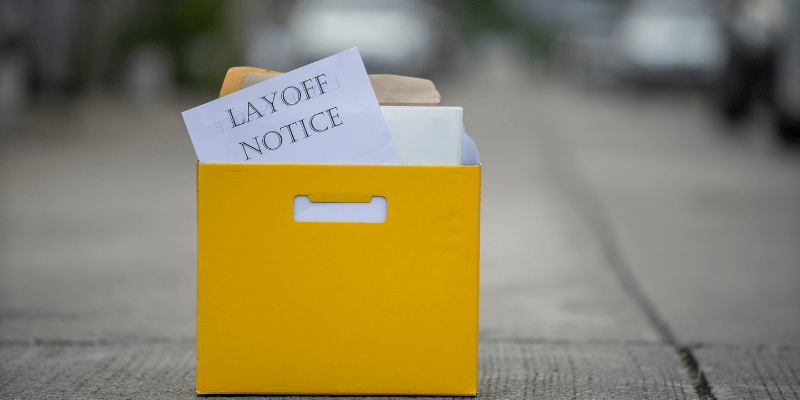 The Institute for Employment Studies (IES) has warned that redundancies could be rise to be double the number the UK saw during the recession back in 2008/2009. It has been estimated that the UK is likely to see around 450,000 redundancies this autumn alone. If this continues to rise at the current rate, it could reach up to 735,000.

Redundancies have been relatively low over the last few months. This is more than likely due to the Coronavirus Job Retention Scheme that is currently available through the government. This scheme is set to come to an end in October, at which point we expect to see a large increase in redundancy numbers. According to a recent CIPD poll, 33% of businesses are planning to make redundancies by the end of September. A number of big named companies have already began making cuts in their staff, for example, Rolls Royce, Airbus, John Lewis and Boots have all started this process.

It was originally estimated that 8.5% of the working population would be jobless by the end of 2020 (around 3 million). However, now that the government have brought the ‘rule of six’ back on 14th September, there are worries that this may push unemployment even higher than what it was first predicted. This would affect the original estimate of 8.5%. Trevor Williams, a former chief economist at Lloyds Bank estimated it could increase to 13% (4.4 million).

The government are being called on for further support to help reduce the number of inevitable redundancies. There have been suggestions for further schemes which may help those businesses who are still struggling.

Tony Wilson, the director of IES, believes that some redundancies are unavoidable but employers must not accept that all of them are inevitable. There are some alternatives which employers should consider before resulting to redundancies.

If your company is considering making redundancies, you must remember what normal rules apply, for example:

If you are having to consider redundancies, we can help. At HPC we can offer expert professional advice, to ensure that the process is fair for all involved. It is of vital importance to follow a procedure and abide by the rules, otherwise you may face an unfair dismissal claim. Our team will be able to guide you through this process and offer advice when you need it.

In a recent peopleHUB webinar we discussed restructuring and redundancies. You may find it useful to watch.

If you would like to discuss redundancies or restructuring within your business, please get in contact with the HPC team today.

Plan B Restrictions to End in England

Health and Safety and Why We Need It