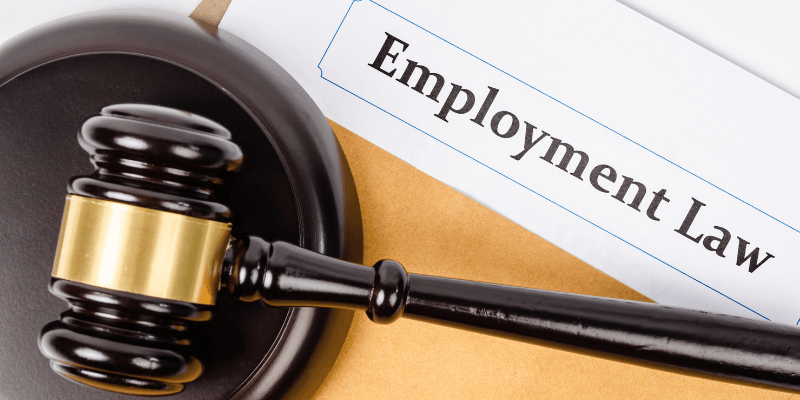 However, the Government has now confirmed that this will no longer be permitted. This may be a huge blow to businesses who are struggling to at present. Business must therefore pay notice pay at 100% from their own funds. This is in addition to any unused but accrued holidays and any redundancy pay which will still need to be paid.

Businesses will therefore need to factor this in when calculating the costs of any redundancies.

In cases of discrimination, there are 9 protected characteristics which are used to determine if someone has been discriminated against by their employer which are:-

Based directly on the above, until recently it has been difficult to see which category someone who identifies as non-binary (i.e. someone who does not identify as either sex). However, following a recent case against Jaguar Land Rover which involved a Ms Taylor who stated that they identified as non-binary and was subject to jokes on the basis of their non-binary identity and that as such, this fell under ‘gender reassignment’.

Until now, to succeed under this characteristic, a Claimant would have to establish:-

A person has the protected characteristic of gender reassignment if the person is proposing to undergo, is undergoing or has undergone a process (or part of a process) for the purpose of reassigning the person’s sex by changing physiological or other attributes of sex.

The lawyer in Ms Taylor’s case stated that gender reassignment “concerns a personal journey and moving a gender identity away from birth sex”. The tribunal held that it was “clear… that gender is a spectrum” and that it is “beyond any doubt” that the claimant fell within the definition of section 7 of the Equality Act 2010.

It is clear that it could be argued that for example someone who was born male but then goes on to identify as ‘non-binary’ has moved away from the gender identify given to them at birth as they are not identifying as a male nor are they identifying as a female.

This case is a landmark decision and shows how Tribunals are now considering attributes or characteristics away from the nine currently on the Statutes.

With just a month until the UK’s official departure from the EU, businesses must be aware of the need to ensure that their employees comply with the new regulations. EU citizens can no longer continue to work in the UK and must either have applied to ‘EU Settled status’ or if they are commuting to and from the EU to the UK to work, they must apply for ‘frontier status’.

Going forward, anyone wishing to work in the UK must follow the ‘points system’ and it will be more difficult for ‘non-skilled’ workers to enter the UK to work. They are likely to need qualifications and a particular skillset to ensure that they are eligible to be employed.

Businesses will also need to apply for a sponsorship licence as they will need to confirm that they are ‘sponsoring’ the future employee. The cost of this licence is between around £500 and £1,500 depending on the size of the business and the turnover and the timescale for processing is around eight to 10 weeks.

If you have any concerns, furlough queries or would like to discuss anything further, please get in contact with the HPC team today.