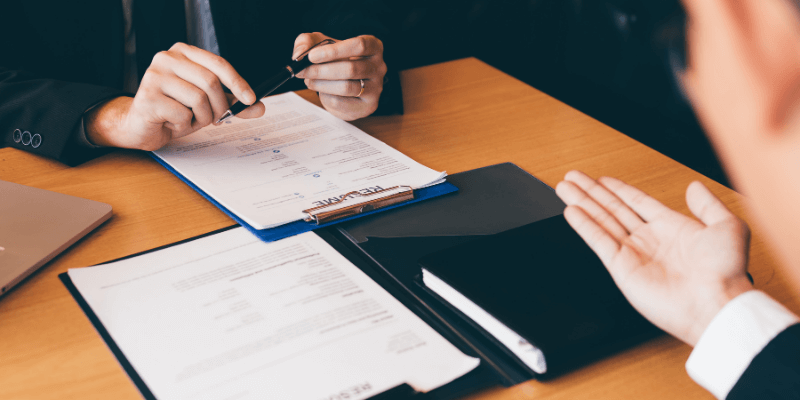 Our HR Consultant, Daniel Meyer-Lopez, provides us with an employment law update for December 2020.

The Chancellor, Rishi Sunak, announced yesterday that the next Budget will take place on 3rd March 2021. This is when the Government is expected to reveal the plans of support that will be available when the current schemes end.

Sunak also announced that the Coronavirus Job Retention Scheme will be extended again to the end of April 2021 – instead of March 2021. The Government will continue to provide 80% of an employee’s salary for hours not worked. Employers are required to continue paying their employee’s salaries, National Insurance Contributions (NIC), and pension contributions for hours that they do work.

However, the Government has now confirmed that this will no longer be permitted. This may be a huge blow to businesses that are struggling at present. Business must therefore pay notice pay at 100% from their own funds. This is in addition to any unused but accrued holidays and any redundancy pay which will still need to be paid.

Businesses will therefore need to factor this in when calculating the costs of any redundancies.

Sickness in the workplace – how do you tackle it?

High absence is always a difficult issue for businesses to deal with.

According to the Office for National Statistics (ONS) in the year 141.1 million days were ‘lost’ in 2018 due to illness or minor injuries.

The four most common reasons for sickness absence in 2018 were minor illnesses such as coughs and colds (responsible for 27.2% of days lost); musculoskeletal problems (19.7%); “other” reasons including accidents, diabetes, infectious diseases and poisonings (13.7%) and mental health conditions including stress, anxiety and depression (12.4%).

At High Performance Consultancy we are seeing a substantial increase in employers reporting sickness absence due to anxiety and depression. This is not surprising when you calculate that the 12.4% this equates to, 17,496,000 days are ‘lost’ as a result.

In the past businesses would usually tackle this by way of welfare meeting and possible referrals to occupational health. This may inevitably lead to a conclusion that the employee is not fit for work and as a result can be ‘fairly’ dismissed on the grounds of Ill Health Capability (IHC).

Depending on how ‘serious’ the condition is, the employee may be deemed to be disabled. As such, businesses will then need to consider whether ‘reasonable’ adjustments need to be made to support their employee.

We would always advise seeking medical advice on these issues to determine what adjustments (if any) need to be made. Where the conclusion is that the employee is not fit for work at all, this would make a dismissal on the grounds of IHC easier. This is because there would be no adjustment that can be made to facilitate a return to work.

In the case where adjustments are recommended, employers must ensure that they are considering whether they are ‘reasonable’ and whether they can make those adjustments. For example, if a business works in a Grade I listed building and a recommendation is to install a lift, then this is likely to be unreasonable for a number of reasons. Firstly, it is unlikely that the permission would be granted for a lift to be installed. But even if it was, the likely cost may be considered unreasonable. However, this would largely depend on the size of the business.

A recent case highlights the needs to treat cases where employees are deemed disabled very seriously.

Mr A Hurle worked for the London Fire Brigade as a development fire station manager. He was initially posted at Chingford Fire Station in north-east London, despite living in Hampshire, more than two hours away.

Before he started, Mr Hurle made it clear to his superior Prasad that the travel would not be sustainable long term. He said that he would be happy to accept the role but he would need to consider the travel issue.

On 13 January, Mr Hurle emailed Prasad to inform him that his child was becoming upset due to him leaving home early for work. As a result, he would be applying for a return to Hampshire and asked Prasad for a reference in support.

On 14 February, Mr Hurle contacted Mr Wainwright in the Establishment and Performance Team (EPT), whose responsibility it was to deal with transfers and requested an urgent transfer. He cited the fact that his child was suffering and this had an “an impact on my own wellbeing as it is causing me distress”.

Wainwright told Mr Hurle on 20 February that there were no current vacancies and that transfers needed to be sanctioned by Mr A Perez, deputy assistant commissioner (DAC) of the north east area.

On 19 February, Mr Hurle’s GP diagnosed him with depression and prescribed him with medication. Mr Hurle told his superior (Prasad) about this on 20 February. Prasad immediately asked Mr Hurle to carry out a stress risk assessment.

Following a number of periods of sickness for his condition, Mr Hurle returned to work and asked that reasonable adjustments were made so that he could start work an hour later and finish an hour earlier. The tribunal heard that at some point before 7 May, Mr Hurle heard from colleagues that a station manager vacancy might arise at Feltham in south-west London. He told Prasad about this on the phone on 7 May, and Prasad said he would look into it.

Prasad confirmed that a move could not be considered while he was off sick. On 6 August, Mr Hurle was taken to a disciplinary hearing due to his levels of absence. This was following advice from the HR function quoting a policy which stated: “Where there are concerns during initial training over conduct, attendance and/or performance then action under this procedure, including dismissal, may be brought forward…”.

While still working for the Fire Brigade, Mr Hurle issued a claim in the Employment Tribunal for discrimination. This claim was on the basis that the Brigade had failed to make any reasonable adjustments.

The Tribunal held unanimously that Mr Hurle had been discriminated against due to bringing him to a disciplinary and dismissing him. The Tribunal also stated that Mr Hurle’s requests for a move were in response to his declining mental health condition.

This case highlights the need to ‘get it right’. If there are high levels of absence, then they should be tackled sensitively and in line with medical evidence. To deal with these issues by way of the disciplinary process is risky, as the above case highlights.

Employers should ensure that they have a strong absence policy in place so that they can demonstrate that any long term absence is dealt with under that policy as opposed to the disciplinary policy.

Another employment law update involving Brexit. With just a month until the UK’s official departure from the EU, businesses must be aware of the need to ensure that their employees comply with the new regulations. EU citizens can no longer continue to work in the UK and must either have applied to ‘EU Settled status’ or if they are commuting to and from the EU to the UK to work, they must apply for ‘frontier status’.

Going forward, anyone wishing to work in the UK must follow the ‘points system’. It will be more difficult for ‘non-skilled’ workers to enter the UK to work. They are likely to need qualifications and a particular skill set to ensure that they are eligible to be employed.

Businesses will also need to apply for a sponsorship licence as they will need to confirm that they are ‘sponsoring’ the future employee. The cost of this licence is between around £500 and £1,500 depending on the size of the business and the turnover. The timescale for processing is around eight to ten weeks.

If you have any concerns or would like to discuss the Employment Law update further, please get in contact with the HPC team today.