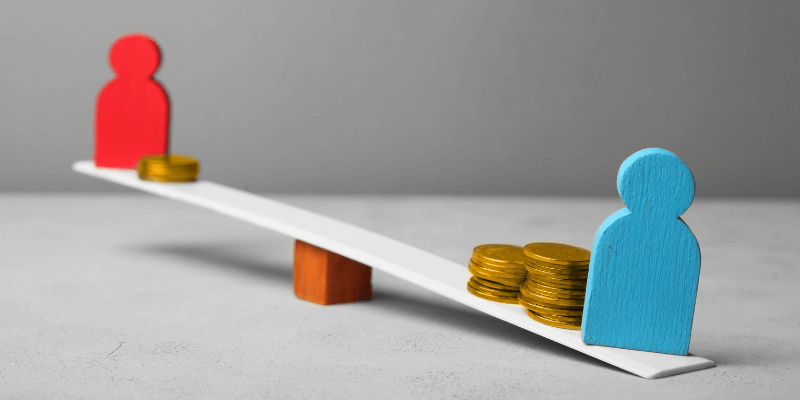 What is the Gender Pay Gap?

The gender pay gap is the percentage difference between average hourly earnings for men and women. The CIPD define this as ‘a measure of labour market or workplace discrimination, expressed in terms of a comparison between men’s and women’s average hourly rates of pay’. Therefore, if within a company the top jobs were male-dominated, they would likely have a gender pay gap. This would be the case despite male and female employees receiving the same amount for similar roles.

The gender pay gap should not be mistaken for equal pay. Equal pay is where men and women, who are doing the same job should be paid the same. This has been a legal requirement for 47 years now. Under the Equal Pay Act 1970 and the Equality Act 2010, it is unlawful to pay people unequally because they are a man or a woman. This ruling applies to all employers.

Reasons why there is a Gender Pay Gap

There is no one reason for why there is a gap. Some of the contributing reasons for this complex issue are highlighted below.

Women are more likely than men to be carers and will often care for young children and elderly relatives. On top of this, the cost of childcare has been identified as a problem for women. Childcare costs account for a significant proportion of families’ expenditure and it holds a great influence on whether parents (especially mothers) give up work or reduce their hours to part-time.

In addition to this, the majority of mothers take an extended period of time off when they first give birth. This can put their career progression on hold, whereas men generally will only have a few weeks off after their partner gives birth before returning. Their careers remain unaffected. Many women may miss out on the chance to progress in their career during this time.

The UK labour market remains highly segregated, with men dominating certain sectors and women others. However, women tend to dominate in sectors that are lower paid. The issue doesn’t lie with the fact that women and men are working in different sectors, but that they are valued differently.

The Equality and Human Rights Commission (ECHR) has previously found that 1 in 9 new mothers was either dismissed, made redundant or treated so poorly they felt they had to leave their job. This can lead to gaps in experience, meaning lower wages for when they find another job.

Men usually take up the majority of the most senior roles at a company. These are the ones that are the highest paid.

Why should we address the gap?

Since 6th April 2017 regulations came into effect which required organisations with 250 or more employees to publish data on their gender pay gaps. The first reports were due in April 2018. It is important to show the figures to customers, employees and other stakeholders, and set out the action plan that they plan to take to address the gap. If a gender pay gap is highlighted through these reports internal and external factors should be examined.

The regulations require the organisations on a specified ‘snapshot date’ relevant to their sector to report annually on their gender pay gap using six different measures These measures are:

Please see the CIPD extensive guide on this for further information.

If you do not comply the EHRC will initially write to you, after that any enforcement action will proceed in accordance with the EHRC’s enforcement policy. The EHRC will also publicly name those organisations that have failed to publish a gender pay gap report by the due date.

Due to the effects of the pandemic, the EHRC has announced that enforcement of gender pay gap reporting for the 2020/2021 year will be put back until 5th October 2021.

Thousands of firms are now yet to publish gender pay gap data because of the deadline. Just 2500 companies have reported their gender pay gap data so far this year, which is a significant drop from previous years. This is a 77% drop compared to the total of 10,833 for the 2018/2019 year report and a 59% drop of the 6150 reported for 2019/2020 when the enforcement was suspended completely. Organisation’s failure to report this data will raise questions about their commitment.

Whilst this extension has been provided, the EHRC has recommended for organisations to report on time or as soon as possible. At HPC we encourage you to report your data if you can to protect your reputation as a business, as well as to stay fully committed to tackling the gender pay gap.

If you have any concerns or would like to discuss the Gender Pay Gap further, please get in contact with the HPC team today.