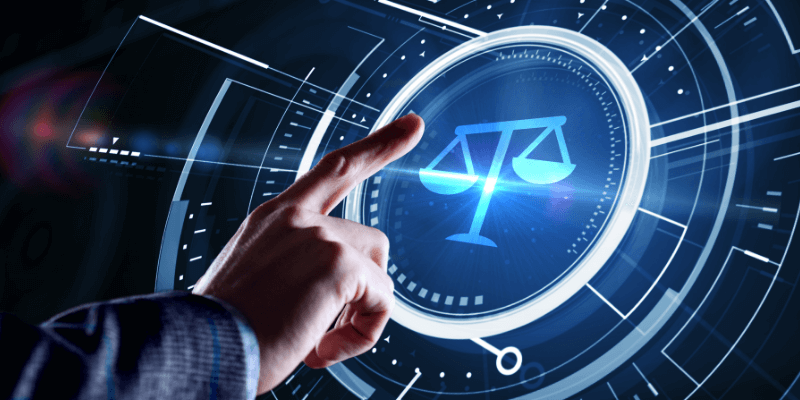 In the Equality Act 2010, there are nine “Protected Characteristics.” This includes characteristics such as Age, Race, Gender, and Disability. If an employer (although it is not limited to employers) treats an employee poorly because of their Age, Race, Gender, or Disability, they have committed unlawful discrimination. There is no statutory cap on the amount of compensation that can be awarded.

However, there are other Protected Characteristics that we do no hear about so often.  One of these is ‘Marriage and Civil Partnership’, and another one is ‘Religion and Philosophical Belief’. Few people would be surprised to learn that Religion is protected from discrimination, but what exactly is a “Philosophical Belief”?  If a person passionately believes that one coffee chain is better than another, is that a Belief, and would it be protected?  What if a person passionately believed that there are only two biological sexes and that it is literally impossible for a human being to change sex? Would that be protected?

This thorny issue was recently grappled with by first the Employment Tribunal, and then the Employment Appeal Tribunal, in Forstater v CGD Europe & ors, Index On Censorship and EHRC intervening.  Before we examine their judgment, let us consider what the law defines as a Philosophical Belief.

What is a Philosophical Belief?

Firstly, it should be said that a Belief does need not include worship of a god, and Atheism is also protected.  For a philosophical belief to be protected under the Equality Act 2010, it must satisfy the following five tests:

On the fifth test, for example, Holocaust denial, or the belief in racial superiority are not protected.  Beliefs such as humanism, pacifism, vegetarianism, and the belief in human-made climate change are protected.

The Employment Tribunal applied those tests and found that a belief against gender reassignment was not protected. They said the Claimant’s belief necessarily involved “misgendering” and therefore could not pass the fifth test, as it was incompatible with human dignity and the fundamental rights of others.

However, the Employment Appeal Tribunal disagreed and overturned the judgment.   They said the evidence was that the Claimant’s belief is widely shared, and consistent with the law. The tribunal was wrong to assume that her belief meant she would always ‘misgender’ trans persons, irrespective of circumstances; her position was more nuanced than that. Her belief passed the fifth test, and the Employment Appeal Tribunal, when explaining their decision, stated:

“79. In our judgment, it is important that in applying [test number five above], Tribunals bear in mind that it is only those beliefs that would be an affront to Convention principles in a manner akin to that of pursuing totalitarianism, or advocating Nazism, or espousing violence and hatred in the gravest of forms, that should be capable of being not worthy of respect in a democratic society. Beliefs that are offensive, shocking or even disturbing to others, and which fall into the less grave forms of hate speech would not be excluded from the protection. However, the manifestation of such beliefs may, depending on circumstances, justifiably be restricted under Article 9(2) or Article 10(2) as the case may be.”

The Employment Appeal Tribunal emphasised that its judgment did not mean that it was taking sides in ‘the transgender debate’, or that any of the existing protections for people with the Protected Characteristic of Gender Reassignment under the Equality Act 2010 were in any way undermined.

In June, Acas published its long-awaited report on dismissal and re-engagement, colloquially known as “fire and rehire”.  These tactics have made the news recently, as large companies have used this approach on their workforce.  HPC’s view remains that firing and re-hiring is a particularly risky course of action, and should be used as an unequivocal last resort.

Much of the content of the Acas report was based on people’s opinions on firing and re-hiring, and so was a little subjective. The suggested solutions were divided into legislative and non-legislative options, including: “tightening up the law around unfair dismissal; enhancing the requirement and capacity for employment tribunals to scrutinise business’ rationale for change in relevant cases; protecting continuity of employment in fire-and-rehire-scenarios; and strengthening employers’ consultation obligations around proposed dismissals.

“Suggested non-legislative options included: improved guidance for employers on relevant legal obligations and good practice; using data on fire-and-rehire to inform decisions around public procurement and access to government funding; and publishing ‘name and shame’ data on employers’ use of fire-and-rehire practices on a government website.”

The extended health and safety protections for Workers, which we wrote about in our April 2021 Employment Law Update article, have now come into force.  This is the Employment Rights Act 1996 (Protection from Detriment in Health and Safety Cases) (Amendment) Order 2021). Workers, as well as employees, now have the right not to be subjected to a detriment for leaving or refusing to return, to their workplace in circumstances where they reasonably believe it would put themselves or others in serious or imminent danger, or for taking steps to protect themselves.

The deadline for applications under the EU settlement scheme (EUSS) approaches quickly.  Any EU nationals who arrived in the UK before 31 December 2020 will need to apply for settled status under the EUSS in order to retain the right to live and work in the UK. Applications must be made by 30 June 2021. Otherwise, the person will no longer have the right to work in the UK without obtaining alternative immigration permission.

If you have any concerns or would like to discuss the Employment Law Update | June 2021 further, please get in contact with the HPC team today.