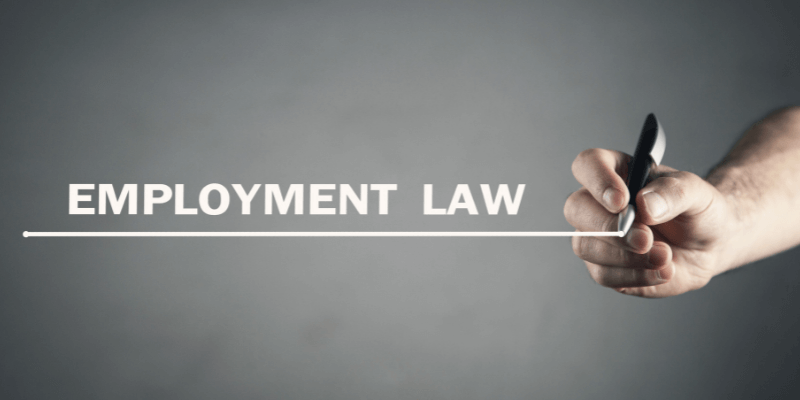 James Mallon, our HR Business Partner, provides us with an Employment Law Update for July 2021.

The minutes from the May 2021 National Employment Tribunal user group are now available here. They show that as of March 2021, there were 44,000 outstanding claims; a slight improvement on the 45,000 in January 2021. The President attributed this mainly to the use of Cloud Video Platform: the software allowing hearings to take place electronically.

The government is set to offer NHS employees a 3% pay rise, improving the recommended 1% increase made earlier this year.  This is in response to doctors and nurses threatening to strike over the initial 1% planned increase.  It is thought that unions are likely to oppose the revised 3% offer. There is currently a public petition seeking a 15% pay rise.

Industry bodies are calling for the Government to take action after the NHS test and trace app has ‘pinged’ so many workers that they’ve been left with staff shortages.

Currently, changes to isolation rules do not come into effect until 16 August 2021. And when they do they will only exempt those who have had both vaccinations from having to quarantine. Those who have been double-jabbed will be asked to take a PCR test and as long as it is negative they do not have to self-isolate. This is almost a month after so-called “freedom day” on Monday 19 July, when the legal obligation to wear masks and for social distancing is removed.

The contact tracing app pings someone if they have spent 15 minutes or more in close contact with someone who has tested positive for Covid-19. The person is then advised to self-isolate for 10 days from the start of contact.

With cases reaching their highest point in six months on 15 July 2021, the number of individuals receiving alerts from the app has soared, leaving businesses struggling for staff cover.

In the recent case of Cunnington v Sainsbury’s Supermarkets Ltd 2021, the Employment Tribunal found that Sainsbury’s unfairly dismissed an employee.  The Judge criticized Sainsbury’s because, despite its extensive HR departments, the investigation, disciplinary hearing, and appeal hearing were all found to be procedurally and substantively unfair.

Mrs. Cunnington worked at a Sainsbury’s store in Birmingham. One morning shift, at the height of the 2020 BLM protests, she picked up a black ‘Bing’ toy – a rabbit dressed in human attire – and commented either, “Oh! I’m offended, black lives matter”, or “should we be selling this? black lives matter” to a nearby colleague. She maintains she said the latter, Sainsbury’s maintain she said the former.

A black British colleague overheard the statement and confronted the Claimant. After remonstrating with her, the colleague complained to management.

This prompted an initial fact-finding meeting with the Claimant and the colleague, respectively, culminating in a decision to suspend the Claimant for suspected breach of the Respondent’s Equality, Diversity, and Inclusion policy.

Whilst suspended, she was invited to a Disciplinary Hearing, the outcome of which was to dismiss her. This resulted in an appeal that upheld the decision. The Claimant submitted a claim for unfair dismissal.

It was submitted that the dismissal was procedurally and substantively unfair. The tribunal concluded that she had been unfairly dismissed.

Procedurally, it commented that each manager (from the initial fact-finding meeting to the appeal meeting) was in breach of the Respondent’s disciplinary policy for several reasons. Chief among these were a failure to hold an informal meeting between the Claimant and the offended colleague before the suspension was decided upon (as mandated by the Disciplinary policy); failure to consider alternatives to suspension (as the Disciplinary policy said this should be a last resort); and failure to provide the Claimant with adequate documentation at each respective meeting (the Claimant had not received a bundle of documents including the allegations made against her, and upon requesting one, was simply read aloud several of the documents).

Substantively, it said the Respondent breached the test in Burchill. The investigating officer(s) did not hold a genuine belief in the facts found (having not conclusively determined what the Claimant actually said) any belief held was unreasonable for the same reason. It also held that dismissal was not within the range of reasonable responses open to a reasonable employer in the circumstances: a more reasonable response would have been to provide the Claimant with Equality and Diversity training (which she had not sat for 14 years). Also, no account was taken of the Claimant’s unblemished 28 years’ service.

This case could have been remedied by good business practice. Firstly, disciplinary managers need to be fluent in the company’s policies. A disciplinary manager who does not understand the interchange between various policies (such as Equality, Diversity, and Inclusion and Disciplinary) is fast-tracked to procedural unfairness and ultimately tribunal. Secondly, employees should be given Equality and Diversity training. The fact that Sainsbury’s employees can go without such training for 14 years goes to show that even large companies get it wrong.

Nothing on this site constitutes legal advice. Specialist advice should be taken about specific circumstances. The contents of this site are for general information purposes only. Whilst we endeavour to ensure that the information on this site is correct, no warranty, express or implied, is given as to its accuracy and we do not accept any liability for error or omission. We shall not be liable for any damage (including, without limitation, damage for loss of business or loss of profits) arising in contract, tort, or otherwise from the use of, or inability to use, this site or any material contained in it, or from any action or decision taken as a result of using this site or any such material.  Some of the material on this site may have been prepared some time ago. Please contact us if you need a comprehensive and up-to-date statement of the relevant law.

If you have any concerns or would like to discuss the Employment Law Update | July 2021 further, please get in contact with the HPC team today.