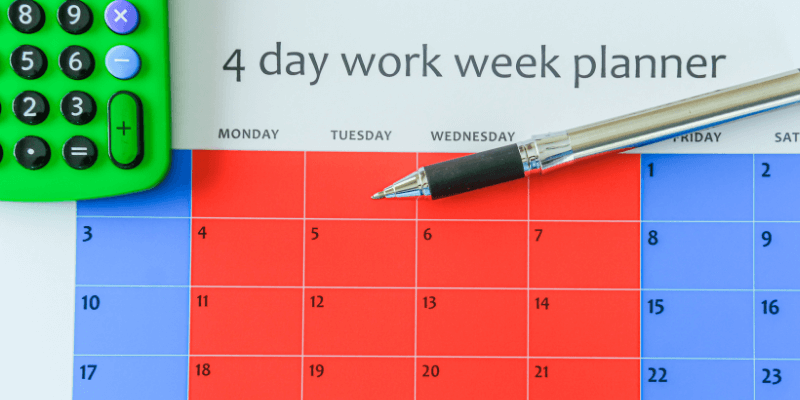 The Scottish government has announced their intention to reduce working time through the trial of a 4-day working week. A spokesperson for the Scottish government announced that the £10 million pilot scheme aims to explore the benefits and drawbacks for businesses. The decision to trial a shorter work week comes as a result of the pandemic and the increase of flexible working practices for employees.

What do employees think?

Many employees within the workforce believe this decision is a move in the right direction. 85% of employees asked expressed their belief that a shorter working week would have a positive impact on employee wellbeing. Employees think a 4 day work week will prevent burnout and offer an increase in the amount of relaxation time employees have.

In addition to this, over 65% of working-age people in Scotland believe that a shorter workweek would not only benefit employees but employers also. This is because it is believed productivity would see a major increase due to employees being more relaxed and willing to work to a high standard.

Trials in other nations

In the last decade, a shorter working week has been trialed elsewhere. For example, researchers in Scotland are using Iceland as a comparison. During the years 2015 and 2017, Iceland trialed a shorter working week. The results of the Icelandic trial showed that the shorter workweek not only increased but sustained higher productivity in addition to higher wellbeing and lower amounts of stress within the workforce.

Benefits of a shorter working week

In Scotland’s case, there is a suggestion that a shorter week could support gender parity as the shorter week should alleviate the gap between domestic and paid labour. This closing of the gender gaps could offer Scotland an opportunity to rebalance the distribution of unpaid work.

How will it be implemented?

It is not yet known how a shorter work week will operate within different workplaces. To combat this, the researchers have urged the Scottish government to extend the pilot to include a wide range of industries to ensure the results can be generalised to those in non-office workplaces.

Rachel Statham, senior research fellow for the IPPR Scotland discussed the pilot and stated that the likelihood is that the shorter working time will be better for creating an economy “hard-wired for wellbeing”. However, Statham acknowledged that in order to ensure a successful transition to a shorter working week post-Covid-19 for all workplaces, the pilot must examine what a shorter work week will do to the likes of shift workers or those working increased hours to make ends meet.

Impact of the study

The results of the pilot are yet to be seen but it is likely Scotland will see an increase in productivity in addition to an increase in staff wellbeing. However, no matter the result of the pilot study, when looking to the future the way in which the workforce operates, is set to change due to the impact of the pandemic years.