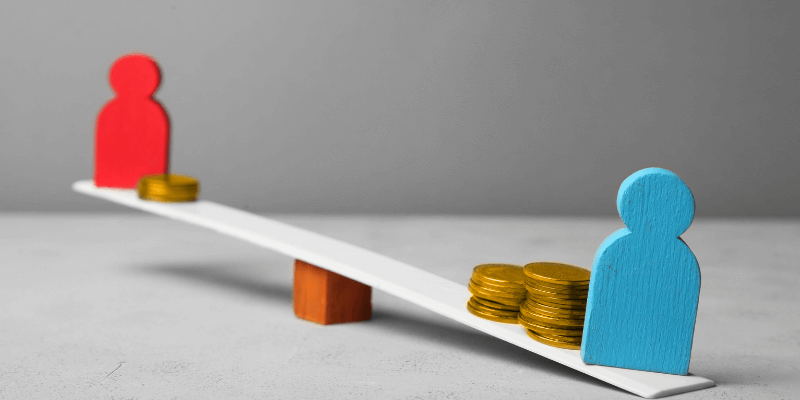 An analysis has found that only 13 of the FTSE 100 currently report their ethnicity pay gap voluntarily. This low minority has encouraged a call for mandatory ethnicity pay gap reporting to be introduced in the next 2 years.

The CIPD Call Upon Government

The government is being called upon by the CIPD to force companies to provide narrative explaining the nature and causation of the pay gaps. These calls also request for the narrative to include an action plan on how to reduce the gaps as it is believed that without this, it is very unlikely that a change will be seen as employers will not be held accountable for these gaps in ethnicity pay.

Peter Cheese, chief executive of the CIPD has discussed the idea behind this request. He said that with the introduction of the gender pay gap report, transparency and progress has been driven up. It is therefore believed that the one way to encourage progress in pay linked to ethnicity is by introducing mandatory reporting.

Why Is This Happening?

The CIPD has published its findings ahead of a parliamentary debate on Monday when MP’s will discuss whether to make ethnicity pay gap reporting mandatory for business.

During the early stages of 2021 the commission on race and ethnic disparities recommended that reporting should only be done on a voluntary basis, however the CIPD are calling for reporting to be mandatory for all employers by 2023.

Employers are currently required to collect data on median and mean gender pay gap, median and mean bonus gap and bonus proportions and quartile pay bands. The CIPD has recommended that employers also publish their ethnicity pay gap as well as proportion of their total UK workforce from ethnic minorities and the proportion of employees who have disclosed ethnicity.  The CIPD has also released guidance to help employers measure and report ethnicity pay gaps in absence of legislation.

Baroness Ruby McGregor-Smith, author of 2017 race in the workplace review, has stated strong commitment to inclusion and fairness at work was “not only good for businesses and their ability to attract and retain diversity of talent, experience and skills they need to thrive, but also for our economies and societies”.

“It must be a collective goal that our organisations reflect the communities we live in and mandatory ethnicity pay data gives businesses, investors and regulators the tools they need to see current reality and where changes need to happen” she said.

Sandra Kerr, race director at business in the community said FTSE 100 companies should be leading the way when it comes to equality in the workplace, “It’s telling that just 13 FTSE 100 companies have reported already and 10 of those are reporting for the first time”

As of the time of writing the government have not yet introduced legislation to enforce a mandatory report. Despite this however, employers may want to begin to look at how they can implement systems to collect data on the ethnicity pay gap within their organisations. Doing so, either with legislation or without, can ensure that these organisations can play their part in encouraging ethnic equality within the workplace.