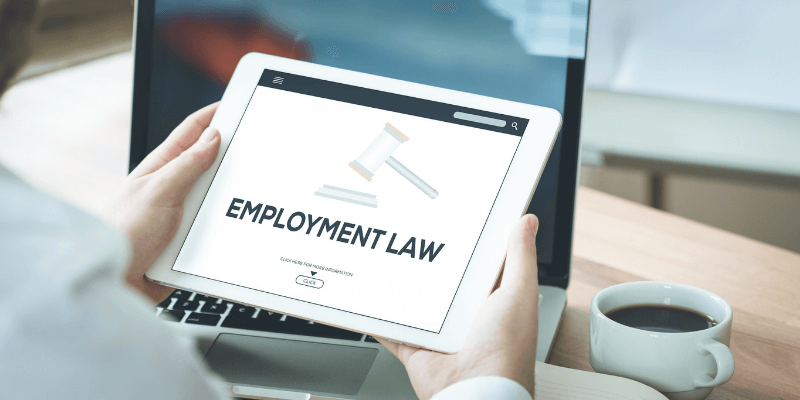 James Mallon, our HR Business Partner, provides us with an Employment Law Update for October 2021.

We are so accustomed to viewing discrimination as a social evil, that it can be easy to forget that there is one occasion when direct discrimination is justifiable in law.  This is so for direct age discrimination. Section 13(2) of the Equality Act 2010 provides that in relation to age, an employer does not discriminate against an employee if it can show that its treatment of the employee is a proportionate means of achieving a legitimate aim.

The University of Oxford in the Employment Appeal Tribunal case of Pitcher v University of Oxford recently, and successfully, relied upon this defence. The University maintained that having a compulsory retirement age of 67, following a consultation process and review, was a proportionate means of achieving a legitimate aim.  Their argument was trifold: that it enabled inter-generational fairness, that it allowed succession planning and that it promoted equality and diversity.  In part, they argued that with professors able to continue their research into their 70s, 80s or 90s, they were preventing younger academics from being able to take up employment, as there were only a finite number of academic roles available.  The Court held that the employer’s compulsory retirement of its History professor was justified age discrimination and thus, a fair dismissal.  Employers should not be too confident, however: successfully making the argument requires much thought and evidence.  A similar case, run by a different department at the University of Oxford (University of Oxford v Ewart, also heard in the Employment Appeal Tribunal), found that there was not enough evidence that the dismissal of a Physics professor, was achieving the aims the employer said it would.   From this, employers can conclude that successfully defending direct age discrimination is possible, but that it is not a course of action that should be embarked upon without great care.  If you would like some advice on when direct discrimination might be justifiable in law, speak to your adviser at High Performance Consultancy.

Cornerstone is an independent fostering agency that places children with foster carers. Their rules required carers to be Evangelical Christians and therefore not engage in “homosexual behaviour”.

Ofsted, who regulate foster agencies, decided that this was direct discrimination. Cornerstone appealed this decision.  The Court rejected the foster agency’s argument and held that their practice was directly discriminatory. Lord Justice Jackson stated in his judgment:

The foster agency also lost their arguments that their actions could be justified as indirect discrimination, or justified under the Human Rights Act 1998.    This is undoubtedly a positive result for the LGBTQ+ community.   The conflict of laws, such as between the right to have your beliefs and the right not to discriminate, is often a legally tricky area.  If you would like some assistance with this in your business, contact HPC today.

A further update for carer’s rights comes in the form of the Government response to its consultation on carer’s leave. The government stated its intention to introduce a new statutory right for unpaid carers. This right would allow them to take five working days of unpaid leave per year. The leave will be available to employees in order to care for: a spouse/partner, child, parent, person who lives in the same household or a person who reasonably relies on them for care.  That person must also have a long-term care need. However, there is no date yet for when this law might come into force.  We will keep you updated when it does come into force.

Finally, the Autumn Budget 2021 took place on the 27th of October and brought much change to business in the coming years. If you would like to read more about this you can do so here.

Nothing on this site constitutes legal advice. Specialist advice should be taken in relation to specific circumstances. The contents of this site are for general information purposes only. Whilst we endeavour to ensure that the information on this site is correct, no warranty, express or implied, is given as to its accuracy and we do not accept any liability for error or omission. We shall not be liable for any damage (including, without limitation, damage for loss of business or loss of profits) arising in contract, tort or otherwise from the use of, or inability to use, this site or any material contained in it, or from any action or decision taken as a result of using this site or any such material.  Some of the material on this site may have been prepared some time ago. Please contact us if you need a comprehensive and up-to-date statement of the relevant law.

If you have any concerns or would like to discuss the Employment Law Update | August 2021 further, please get in contact with the HPC team today.