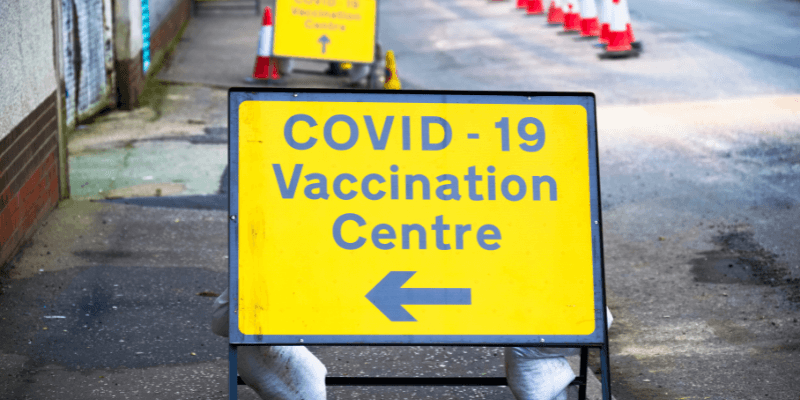 There have been multiple reports of employers limiting the sick pay entitlement of unvaccinated employees. Our Senior HR Advisor, Claire McGuinness, takes a look at potential risks in terms of contractual entitlements, discrimination and employee relations.

Although individual policies vary from employer to employer, a typical approach is to withhold sick pay from staff who are required to self-isolate after coming into contact with someone who has tested positive. Since there is no longer any need to self-isolate for a person who has been fully vaccinated, the argument is that this form of absence is essentially self-inflicted.

How does this approach stand up legally and how far can an employer go in drawing a distinction between vaccinated and unvaccinated employees? Could a policy go so far as to deny sick pay to seriously ill employees on the basis that their illness could have been avoided if they had taken the vaccine?

The first point to make is that there is a distinction to draw between statutory sick pay (SSP) and any additional sick pay offered by the employer. A qualifying employee who is incapable of work because of sickness or injury – or who is required to self-isolate – for at least four days is entitled to be paid SSP. This right does not depend on vaccination status and an employer cannot withhold SSP from employees who qualify for it just because they have not had the vaccine.

However, SSP is a very modest entitlement – just £96.35 per week. Of more interest is the additional sick pay that an employer might offer over and above SSP. Here, the key question is whether that sick pay is a contractual entitlement or payable at the employer’s discretion. This should be clearly explained in the written statement of terms and conditions of employment and the employer’s sickness absence policy.

Where sick pay is a contractual entitlement, any change will require the agreement of individual employees – or a recognised trade union when collective bargaining is in place. The employer does not generally have the right to change such terms unilaterally, even following a consultation exercise.

If an agreement is not reached, imposing the change would usually require the employer to dismiss employees and re-engage them under new contracts, with the appropriate changes made to the sick pay scheme. Given the risk of unfair dismissal claims that such an exercise entails, it seems unlikely that many employers will think that it is worth their while to go down that route.

However, if sick pay is discretionary, subject to the obligation not to discriminate, the employer is essentially free to withhold sick pay in any circumstances that it considers appropriate – including where the employee has chosen not to be vaccinated.

Any such policy should make exceptions for those who have been advised not to be vaccinated for medical reasons. A failure to make an exception in such cases is almost certain to amount to unlawful disability discrimination. Subject to that caveat, the discrimination risk could be regarded as minimal.

There may be some risk of indirect discrimination based on the statistical likelihood of certain groups choosing not to be vaccinated, but an employer may well be able to show that its policy is a proportionate means of achieving the legitimate aim of discouraging unnecessary absence. Given that there is nothing physically preventing such individuals from getting the vaccine, that argument would be expected to be admitted by most employment tribunals.

Although discrimination claims based on “religion or belief” are unlikely to be a major factor, employers may want to remain open to exceptions for the very small number of people who have a genuine religious objection to vaccination (for example some Christian Scientists).

However, it is doubtful that resistance to vaccination is likely to amount to a philosophical belief protected by the Equality Act 2010. Such beliefs need to have a degree of cogency that is clearly lacking in much of the anti-vaccine rhetoric that is shared on social media. Those who believe that vaccines are harmful would need to demonstrate a coherent worldview that can be said to amount to a philosophical belief. For the very small number of people who might be able to clear this hurdle, it is expected that the employer could succeed in showing that its approach is a proportionate means of achieving a legitimate aim.

Penalising those whose absence is in some sense self-inflicted is not a new development. Some employers have always treated absence as a result of sporting injuries – particularly the more dangerous sports such as skiing and snowboarding – differently when it comes to sick pay entitlement. It is also common for employers to require employees to take reasonable steps to ensure that they avoid unnecessary absence by following appropriate medical advice when they fall ill.

Sick pay may be also be withheld by some employers if an employee does not cooperate with an occupational health referral. In that context, treating a period of absence differently if it would not have been necessary had the employee been vaccinated in accordance with government advice seems like a reasonable step to take.

Going further and treating unvaccinated employees differently if they actually fall ill with COVID-19 would be a more controversial step. Many illnesses are to some extent related to an individual’s lifestyle choices. But it is not usual for employers to divide employees into the innocent who “deserve” sick pay and the guilty who do not. In a discretionary sick pay scheme, such an approach may be lawful, but it may not be advisable from an employee relations standpoint.

How can HPC help?

As can be seen, there are many potential legal risks when implementing a reduction in sick pay for the unvaccinated. If you are looking to take such an approach in your business, it would be useful to consult the team at HPC before making a decision, to discuss potential legal risks you and your business may face and receive expert advice and guidance in navigating such risks.