Firms Told to “Work Even Harder” as Vacancies Rise 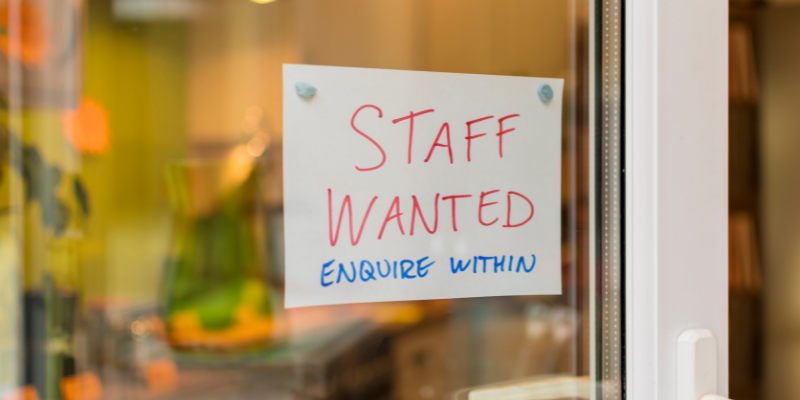 Firms Told to “Work Even Harder” as Vacancies Rise

Employers looking to draw in new talent have been warned they will need to “work even harder” as official statistics show vacancies continue to rise.

The statistics around vacancies

The office of national statistics has recently released the latest market overview. The figures this overview has brought have shown that unemployment has fallen to 4.1% between October and December 2021, down 0.2 percentage points from the previous quarterly report.

Whilst the unemployment rate fell, the employment rate rose 0.1 percentage points reaching 75.5%. This, however, has not helped the ever-growing number of vacancies on offer, which has now reached a record high of 1,298,400 between the months of November 2021 and January 2022. This level of vacancies is up 513,700 from the pre-pandemic levels seen in January to March 2020.

What do the vacancies mean for employers?

Jonathan Boys, labour market economist for the CIPD, warned that this means employers may find more difficulty whilst trying to attract and keep the skills they needed.

The figures show that employers will have to work even harder in 2022 to both find and keep staff as vacancies remain at record levels and more workers take advantage of a job-seeker friendly market to find a new and better job,”

While unemployment was nearly back to pre-pandemic levels, the UK’s labour pool had also “shrunk dramatically” as a result of both the coronavirus and Brexit added Kirstie Donnelly, CEO of City & Guilds. Donnelly urged employers to think about how to re-engage individuals who have dropped out of the labour market.

“Employers should consider how they might make their workplaces more accessible to people currently locked out of the labour market such as women, people who have been in prison and those with disabilities,”

Donnelly offered the government’s recent decision to allow prisoners to apply for apprentices as an example of how people in need of jobs can have them opened up to them.

Employee Pay on the rise

“There is no doubt many employers will be under more pressure to raise wages this year as they face the twin pressures of helping workers deal with the rising cost of living and further tightening of the labour market,” said Jonathan Boys, adding that while all employers were not able to raise pay, many employers were thinking about the employment offer, including considering opportunities for training and development.

The Labour Market Outlook from CIPD released on 14 February, found employers are anticipating a median pay increase of 3% in 2022, the highest figure since the CIPD started collecting comparable data in 2012/13

Of the 1,000 employers polled, 84 per cent said they were planning a pay review between January and December 2022, of which two fifths (40 per cent) said they expect to increase basic pay.

If you are interested in discussing the current situation within the job market further, feel free to get in contact with our team today.