Initiatives to Level Up Opportunities for Women Launched 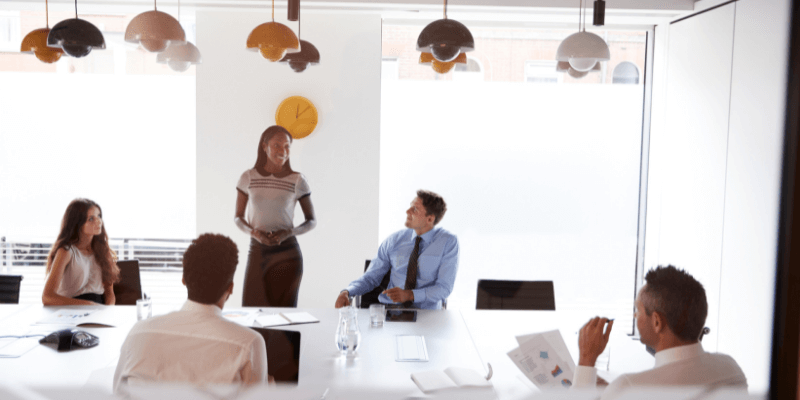 Initiatives to Level Up Opportunities for Women Launched

The government has announced plans to open opportunities to women including pilot schemes to improve pay transparency and close salary gaps.

The plan by the minister for women, Baroness Stedman-Scott, launched on International Women’s Day (8 March) and has created a requirement for a number of employers to list the salary information within their job adverts. Employers participating in the scheme will also refrain from asking applicants about their salary history during the application process.

Chief executive of the Fawcett Society, Jemima Olchawski, welcomed the scheme, adding that employers asking applicants to communicate their salary history contributes to the widening of the gender pay gap and keeps women on lower salaries stating, “Past pay discrimination follows women and other groups throughout their career”.

Olchawski argues that removing the ability for employers to ask about salary history was a “simple, evidence-led way to improve pay equality for women, people of colour and disabled people”.

Ben Willmott, head of public policy at the CIPD, agreed that including salary information and employers avoiding questions regarding salary history would help to “set pay expectations among job seekers, reducing the likelihood of unfair pay gaps.”

“If people know that they’re going to be rewarded openly and fairly, the organisation will be better placed to attract and retain a wider range of candidates,” Willmott said.

In addition to creating more transparency in pay information, the government is also planning to introduce a new returners programme in an effort to reintroduce women into science, technology engineering and maths (STEM) roles following career breaks. This comes after research revealed that women who leave roles in order to take up personal responsibilities often face challenges on their return to employment.

The existing 25 government returner programmes across the private and public sectors will inform how the STEM pilot program will run, with the scheme initially running for two years before the results of the programme will inform the next steps for businesses.

Steadman-Scott has stated that the pilot will “build on positive evidence of the role information can play when it comes to empowering women in the workplace”, adding that women should be at the forefront of the government’s ‘Levelling Up’ agenda. The initiative will also “keep talented minds in STEM and improve the representation of women and marginalised communities in those incredibly important roles” the minister for women stated.

‘Employers don’t know where to start’

The launch of the scheme comes after recent research carried out on 1,004 women in November 2021, uncovered that almost 65% of women believe their organisation is behind on equal pay and opportunities for women.

This research also found that 89% of organisations believed there would be business benefits from championing gender issues. However, despite this, the poll revealed that 32% of women think their employer does not have a plan or does not know where to start on career development for women, with 30% voicing the same opinion for equal pay and 26% believing the same for representation.

In Addition, just 39% of those surveyed could point out gender inequality initiatives implemented by their organisation, while 63% said their organisation was behind on the issue of working parents. Finally, almost a third (29%) of women said their employer did not have a plan to resolve the issue of support for working parents, and only 18% stated their employer had an official ‘return to work’ programme.

How can HPC help you?

The issue of gender equality in the workplace is a topic that requires a large amount of attention from employers. With initiatives being launched by the government to try to encourage more equality within the workplace, there has never been a better time to review your organisation’s policies and ensure there is a plan of action to increase the number of opportunities and representation for women whilst reducing the gender pay gap currently seen across most workplaces in the UK.

Our team are here to offer your business the expert support and guidance needed to effectively implement support schemes to help combat this issue, change policies to better reflect an equal workplace and offer more support to working parents.