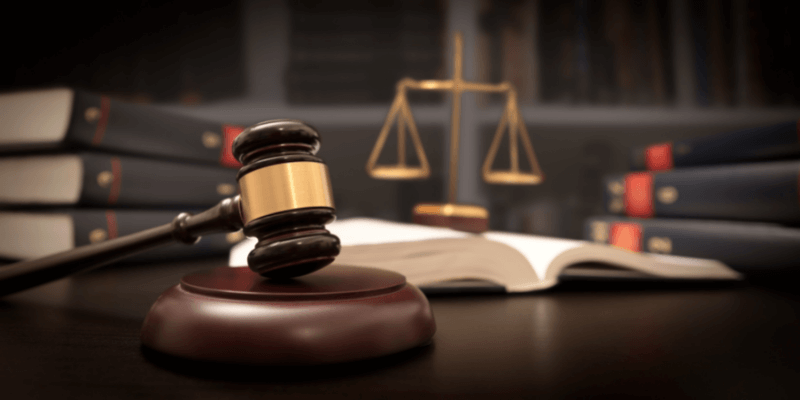 A serial claimant has received an infinite ban from the tribunal service after submitting over 40 vexatious claims against multiple companies.

A “weaponisation of the ET process”

The man, named as Mr D Taheri was handed a Restriction of Proceedings Order (RPO) of indefinite notice by the employment appeal tribunal. This has now prohibited the man from making any claims against employers without the permission of the EAT or the Judge of the High Court.

Taheri had been found to have engaged in what the EAT described as a “weaponisation” of the ET process and had a “modus operandi” of applying for a job application, bringing a claim against the employer if his application was unsuccessful, and then seeking thousands of pounds in damages.

It was found that the majority of the 43 claims Mr Taheri had filed between 2012 and 2020 were struck out after being seen to have no reasonable project of success, being withdrawn by Taheri or after the claims were settled out of court, with all of the claims he brought forward failing.

The man’s claims were often brought up on the grounds of race, age and/or disability discrimination with Mr Taheri describing himself as of Iranian ethnicity and stating he had been diagnosed with prostate cancer.

Mr Taheri made his first vexatious claim on 18 October 2012 for £1,000 against Orchid Pubs and Dining Ltd after he was rejected from a chef role, with the pub claiming that he was not invited to interview because of the “pushy and insistent nature” of the man’s emails. After this, Taheri was found guilty of harassment against a member of staff at Orchid pubs and Dining and was sentenced to 28 days of imprisonment and handed a two-year restraining order from the employer.

The serial claimant brought a claim against a clothing retailer worth £5,000 in 2013 after he was rejected from a part-time sales assistant role. However, the retailer stated that the claimant had arrived at one of their stores and had been “staring menacingly at staff through the window”.

In November of 2013, the president of the England and wales ET wrote to the treasury solicitor about Mr Taheri. In the letter, it was described that the man “seeks thousands of pounds but then writes to the respondents’ representatives repeatedly (20 to 30 times) demanding settlements of £500, and threatening to hold press conferences”. Despite this, however, no formal action was taken, but Mr Taheri did refrain from entering any new vexatious claims for a number of years.

On 31 January 2018, Taheri brought a new claim against holiday company, Parkdean Resorts Ltd after being invited to an interview for a sales role. The Vexatious claim, for £10,000, was brought after the company had written to him informing him the position was no longer available. Taheri made another claim against the same company in 2019 after four unsuccessful job applications, however, this was stuck out after he failed to pay the deposit of £600.

In February 2018, the claimant made a further three vexatious claims against different employers. The first claim against Stoneacre Ltd was settled out of court on 10 April 2018, however, the second claim Taheri made against Wilson and Co was withdrawn after he failed to attend the preliminary telephone hearing.

The third claim, worth £25,000, was made after he was turned down for a sales advisor role at Virgin Media Ltd. After receiving a rejection letter, the claimant had replied stating “this is disability discrimination”, copying in “BBC Watchdog and Acas”. This claim was later struck out after Mr Taheri failed to pay the £750 deposit.

Over the course of 2018, It was stated that the man has filed “at least one claim every month, save for august” with Mr Taheri attempting to claim a total of “at least” £485,000 of compensation from 17 different employers, making 10 separate vexatious claims of £25,000.

During the case, Taheri argued that since February 2021, he “only” had three outstanding claims, an argument that was quickly dismissed by the EAT who referenced that three claims were “not an insignificant number”

The tribunal ruled that he had “used the ET process to put pressure on would-be employers to enter into low-value settlements” and “habitually and persistently brought proceedings without any reasonable grounds”, causing would-be employers “inconvenience, harassment and expense out of all proportion”

How can HPC help you?

Vexatious claims are a very serious topic that a number of employers have to face at some point. Although it is very difficult to completely remove the risk of having a vexatious claim brought against you, it is possible to protect your business.

Vexatious claims can be extremely harmful to a business, if you would like to discuss this topic further get in contact with our team and create a smooth HR process today.